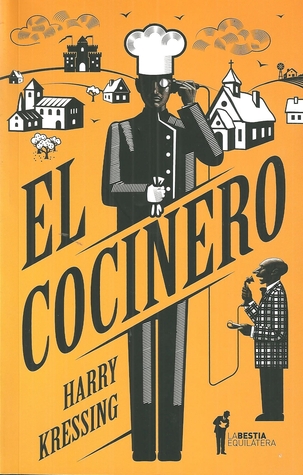 Conrad, the cook, arrives to a small village in a never mentioned country. He’s having a job interview with the head of one of the two main families in the place. His recommendation letters are very impressive, so Mr. Hill hires him almost immediately.

In just a few days, he’s very known by everyone in the village. He’s not only an excellent cook, but he also has a very authoritative character and has the village practically under his control. But he doesn’t stop there (suspense music).

Every now and then I bought books without any expectancy, and let them carry me on. This was one of those. The story is told in a very simply and almost kind way, but when you stop to think for a minute, you realize it could almost be a horror story. Well, maybe I’m exaggerating. But really, the way this character’s influence and power grows and grows and everybody just let him, with little to none resistance, is machiavellian.

Oh, and there’s food, lots and lots of food, so I wouldn’t recommend its reading with an empty stomach.