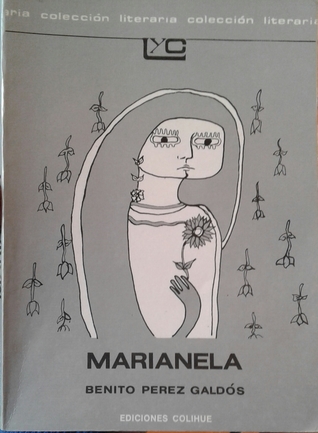 Marianela, orphaned at a young age, grew up receiving nothing but disdain from everyone. Of feeble constitution, she wasn’t fit to do any kind of mining work, the village’s primary activity, so she was regarded as little else than useless. She survived out of neglectfully provided charity, which never include any sort of education, so she grew up to be a very ignorant child, alien to any kind of scientific knowledge, building up her very particular superstitions from her own experiences of the world around her. A couple of years prior to the beginning of the story she became the companion of a blind young man, which became the only source of joy and feeling of usefulness in her life.

This young man, Pablo, is the only son and heir of a prominent man in the community. Despite his blindness, he was educated by his father, and even though part of the full comprehension of some part of the world is impeded by his condition, his high intellect overcomes his lack of sight.  One of his father’s acquaintances has a brother who happens to be a very prominent eye doctor, and there seems to be some hope that Pablo’s blindness could be fixed.

Pablo has Marianela in a very high regard. Knowing that he might be cured, he even hopes he could ask her in marriage, despite any social difference that there could be. His heart belongs only to her dear Nela, and nothing anyone said could make him  think that Marianela isn’t the most beautiful creature in the world. This breaks the girl’s heart, because the only thing she’s heard her entire life were comments on her ugliness and uselessness. She knows “for a fact” that none of the things that he believes, are real, and that once he’d gain his sight, she’ll have nothing to live for, because she’ll be, this time for certain, a useless creature.

This book is, I believe, a classic in Spanish literature. I remember the first time I read it, I did  because it was on our high school reading list. And so it was on my mum’s, on her time. The fact that many of the available editions come with preliminary studies an/or activities, prove this point.

Through this edition’s preliminary study I learned that this novel is considered among the realist/naturalist tradition, something I never realized before, as I never considered this novel in context. However, it has a lot more moral content and less natural feeling that their French counterparts, at least the ones I’ve read (see here, here, here and here)

I was happy to re-read it again, as my first time coincided with my last. I do wonder, though,  why would they give this kind of tragic stories for kids in their early teens. I definitely didn’t appreciate its content back then.