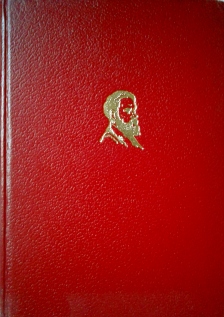 The arrival of Abbe Faujas in the provincial town of Plassans has profound consequences for the community, and for the family of Francois Mouret in particular. Faujas and his mother come to lodge with Francois, his wife Marthe, and their three children, and Marthe quickly falls under the influence of the priest. Ambitious and unscrupulous, Faujas gradually infiltrates into all quarters of the town, intent on political as well as religious conquest. Intrigue, slander, and insinuation tear the townsfolk apart, creating suspicion and distrust, and driving the Mourets to ever more extreme actions.

The fourth novel in Zola’s Rougon-Macquart sequence, The Conquest of Plassans returns to the fictional Provencal town from which the family sprang in The Fortune of the Rougons. In one of the most psychological of his novels, Zola links small-town politics to the greater political and national dramas of the Second Empire.  (from Goodreads)

This book was so hard to read, not because it was boring or anything like that, but because one is introduced to a well-functioning family (in appearance, at least… it worked for them, I guess), that falls completely apart throughout the book and it’s devastating and frustrating to witness.

One of the main subjects in Zola’s novels is how heredity and environment worked on members of one family. Many of the characters in this novel were introduced in The Fortune of the Rougons, so we know which is their ancestry and what we could expect of that (it is well reminded early in the book, as well). Francois and Marthe (nee Rougon) Mouret are first cousins, but they’re so alike physically that could easily pass as siblings (creepy, I know). Marthe is introduced as very submissive and quiet, while Francois is very outgoing and quite a babbler. They got their physical appearance from their grandmother Adelaide Fouque, from which it seems they inherited their mental instability too. This is first seen in Marthe, as told by herself, very early, as well in their children Desirée and Serge. Francois develops his insanity along the story develops.

Francois was for me a very unpleasant character, but as long as the story went, I couldn’t help but pitty him and really root for him. Abbe Faujas was despicable from the start, although he didn’t show his true colors at first, but I was always suspicious of him. I was glad to see Félicité (Marthe’s mother) again. She’s always cunning and using everybody for her own gain, but despite all that, she’s such a strong character, pulling all the cords and making everything work just the way she wants to, that I can’t help but admire her assertive personality.

The secondary characters, as usual, introduce most of the “comic relief”, they root the characters in a realistic town-ish environment making everything more interesting and real.

2 thoughts on “The Conquest of Plassans, by Émile Zola”