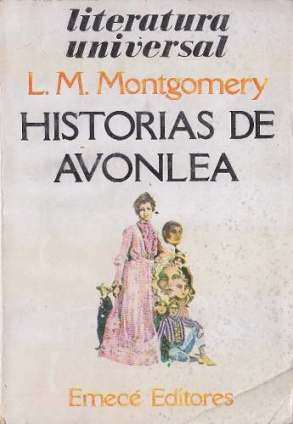 I don’t know if you’re familiar with Anne Shirley’s adventures (have you ever heard of Anne of Green Gables“?), but, long story short: Anne was an 11 years-old orphan girl that was adopted by the Cuthbert siblings. Montgomery developed an entire life for Anne, and through the series you can see her grow old, go to college, get married and have a lot of kids. And then she also wrote about the Anne’s kids. As long as the story goes, I believe there was no aspect in every day’s life that wasn’t portrayed in the books. Or, at least, for what life was during the first half of the 20th century.

This book in particular, however, it’s not about Anne or her family, although they’re mentioned in every single tale. Each story is auto-conclusive and gives us a sight in the life of the people from Avonlea, the little town where Anne lives.  Some of these stories depict themes such as resentment, revenge, insanity and murder, but also faith, family, friendship, hope and, of course, love. The love stories are the best, or at least my favorites. There isn’t a specific timeline, but you can tell that the years go by from the first to the last story, and it’s noticeable through the changes in Anne’s family.

This book is an alteration of The Blythes are quoted, and that earlier title gives you an idea about how we found out about Anne’s life in these stories: “Dr. Blythe says…”, “Mrs. Blythe says…”, “the Blythe kids…”, and there’s also a lot of “Susan Baker says…” because she, as their house keeper, is the most reliable informant about news from the Blythe household.  And, believe me, I was as eager for gossip as any other character in the book. That’s how life is in small towns, right?

Anne’s novels are so heartwarming! And if you don’t believe me, believe Mark Twain, who once said Montgomery’s Anne was “the dearest and most moving and delightful child since the immortal Alice”.

One thought on “The road to yesterday, by Lucy Maud Montgomery”